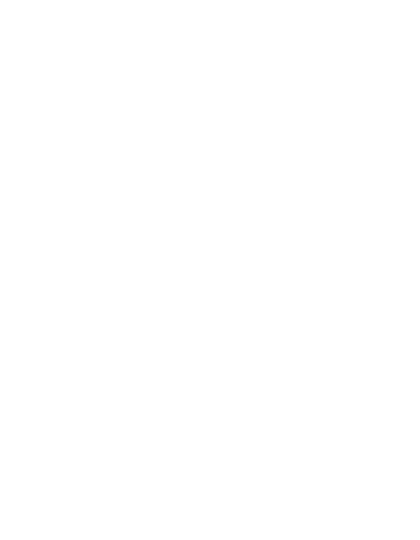 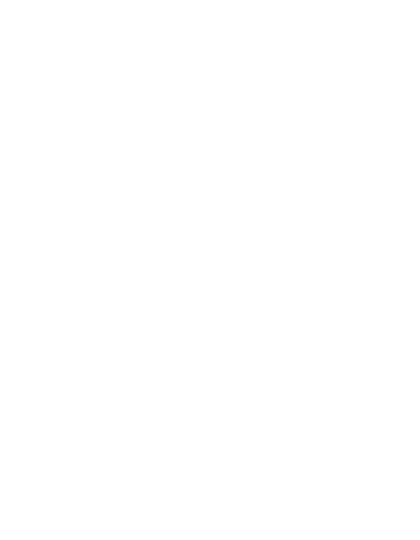 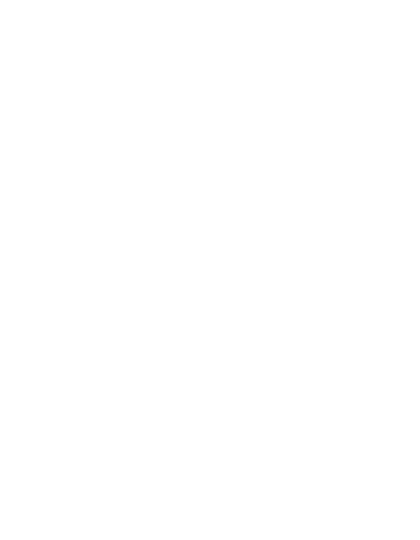 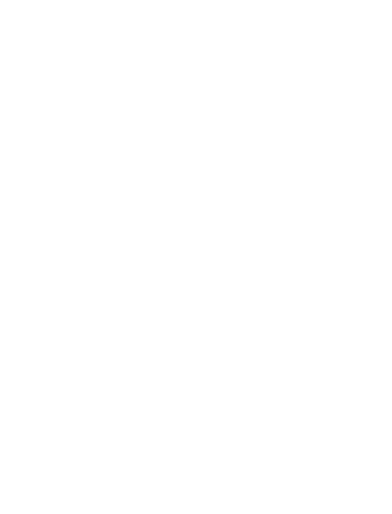 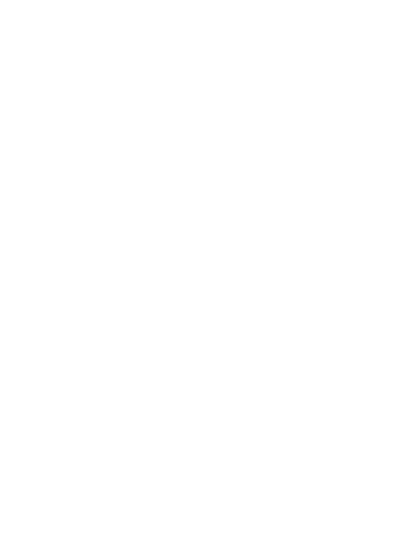 Have a story of your own?
Tell us about it!

Star International Academy started in 1998 to help students whose needs were not being met. Many students are from immigrant families. It takes a whole-child approach to learning, which includes arts and athletics. Star International boasts a 100 percent graduation rate and 100 percent admission into college. Its high school was rated number one on the Mackinac Center’s Context and Performance Report Card.

Charter Schools: A Choice for Michigan

Public charter schools give parents more options. They provide options that may not be available in a traditional public school setting. ChoosingCharters.com tells the stories of parents and students who find value in public charter schools and how their lives have been improved with choice.

Grand River Preparatory High School leaders say they focus on developing 21st Century skills in students, skills like collaboration, critical-thinking, the ability to analyze and writing well. 100 percent of graduates have been accepted to colleges or universities, being rewarded with more than $2 million in scholarships.

Chandler Park’s mission is to develop student leaders with high moral character and achieve academic excellence. The Class of 2015 earned more than $11.6 million in scholarship money.

Star International Academy was the highest-ranked high school in Michigan on the Mackinac Center for Public Policy's Contest and Performance report card in both 2014 and 2012. The study and a database of every school in the state can be found at www.mackinac.org/CAP.

After putting the popular Hinoki International School in a box, Livonia Public Schools threw away the key. The school board voted 6 to 1 to end the charter public school’s authorization one year before it expired. Without a charter authorization, Hinoki is ineligible for state funding grants to function as a free public school.

Cesar Chavez High School, a charter school in Detroit, Mich., ranked number two in the Mackinac Center CAP report card for high schools in 2014. Teachers and administrators say their success is based off of faith in the students and flexibility with the teachers.

A particularly innovative learning program in Michigan is the Widening Advancement for Youths Program, or WAY. WAY operates in more than 100 school districts in Michigan and re-engages students who dropped out of school, lost interest, or just didn't fit in the one-size-fits-all, standardized brick-and-mortar classroom.

From Detroit to the Ivy League: One Student's Journey

After months of pressure, the Saginaw Public Schools Board agreed to sell an unused building to a successful charter school in the city. The video shows the weeks of wrangling Francis Reh Academy endured.

Students from around the state flooded into the capitol to share how school choice has made a difference in their lives.

School choice is helping the Flores family trying to bridge the education gap between English and English Second Language students. The family describes how choice allowed them to find a school that not only met their specific language needs but one that addressed a special need and provided a tailor-made academic plan.

LaTanya Dorsey thought she had to send her daughter to the neighborhood public school that was assigned to her address. When she learned she had a choice, she looked for a school with a positive environment and found one at a charter academy.

Jocelyn wanted her granddaughters to have a better school experience than the one she remembers when she moved her family to Detroit 17 years ago. Jocelyn and her daughter, Janine discuss freedom of choice and how it’s reminiscent of the 1965 Voting Rights Movement.

Cory Hughes has five children and five grandchildren. He has seen charter school success through two generations. He addresses criticisms of charters including lack of transparency, for-profit management companies and too much “shopping around” for parents to find the right school.

Toya Putnam lives next to a Detroit Public school but chooses to send her 7 year to Connor Creek, a charter school, miles away. She said she was attracted to the curriculum, smaller class sizes and individual attention.

Family Believes Charters and Choice Are Tickets to Success

The Hesters attended Detroit public schools and believe now as parents, families need to have buy-in to make school a success for their children. Upon research, they found a charter that best suits their needs and their daughters are excelling.

Detroit Mom: Detroit Public Schools Were "Going Down" to Me

Tamika Harrison bounced from school to school growing up in the Detroit Public Schools. The experience contributed to her dropping out and later getting her GED. She is now turning to charter schools to spare her son the same experience.

The School Choice Difference for One Detroit Area Family

Danielle Henderson grew up attending Detroit Public Schools. She felt unprepared for college and didn’t want her son to have the same experience. She values school choice. She wants her son to reach his potential and likes the fact that she can research schools to see if there is a better fit. Without charters, she says she’d be stuck. “I can’t afford private school,” she says.

Tress Andrews says charter has been a positive experience for her daughter. She is on the honor roll and learning a strong work ethic.

Lisa Cobb has a third grader and a daughter old enough to be working towards her PhD. She prefers charter to conventional school and especially likes that fact that her son wears a tie everyday.

Nancy Clark saw first hand the Detroit charter she chose for her grandchildren - she works there. But that is not the only reason she wanted to be careful about where to send her girls. A recent visit to a Detroit conventional school made her realize the value of choice.

Pam Russell teaches at a Detroit charter school where her grand daughter now attends kindergarten. She enjoys getting better professional development and watching her granddaughter learn violin in the classroom. 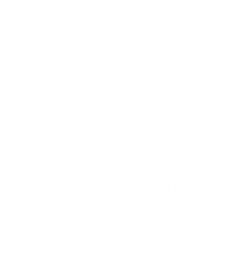 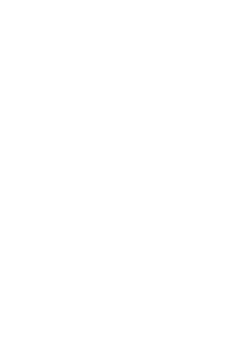 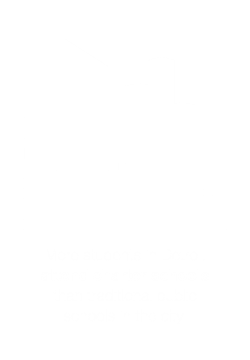 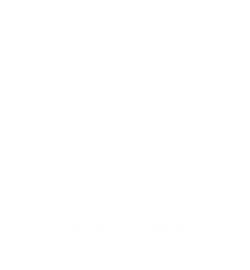 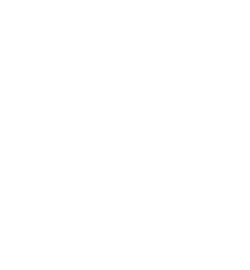 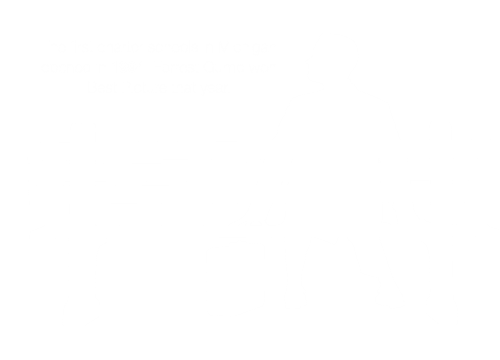 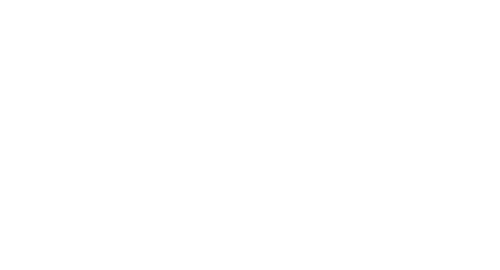 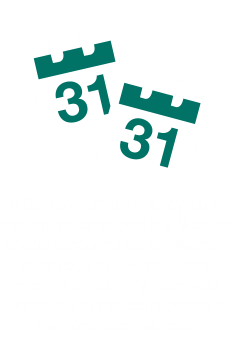 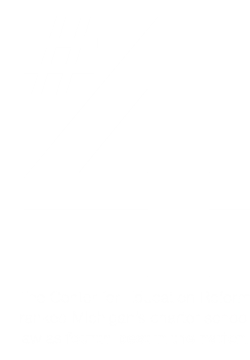 The average public charter school student makes annual gains worth two months’ of learning in both reading and math. Controlling for socioeconomic status, 42 percent of charter schools are outperforming traditional schools in learning gains in math, and 35 percent in reading.

Just 6 percent of charters are underperforming in math and 2 percent in reading compared to traditional public schools. Charter school students outperformed their traditional school peers in 52 of 56 outcomes.

Charters spend about 25 percent less on average per pupil than traditional public schools, despite serving a larger portion of low-income students.

Have a story of your own? Tell us about it! 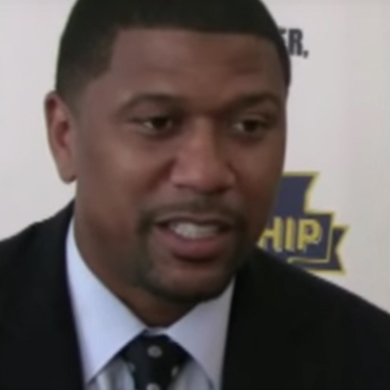 By eliminating the cap on the number of charter public schools that can operate in Michigan, Senate Bill 618, introduced by Sen. Phil Pavlov, R-St. Clair, would greatly expand the ability of education entrepreneurs to form new schools. Jalen Rose, former professional basketball player and Detroit native, is one such education entrepreneur. He recently opened the doors to a brand new charter school: Jalen Rose Leadership Academy. Keep reading 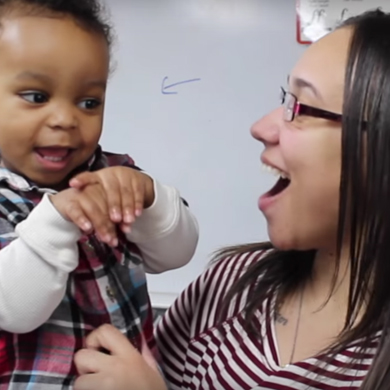 Toya Putnam, a mother of two boys, chooses to send her seven-year-old son to a Detroit-area charter school in Roseville. Though some nonprofit organizations are urging the state to limit school choice in the City of Detroit, Putnam says it is incredibly important for her to be able to make the best educational choice for her family. Shopping around for the best school "wasn't a problem for me," Putnam said. "I don't want anyone else to pick and choose for my kids' future." Keep reading 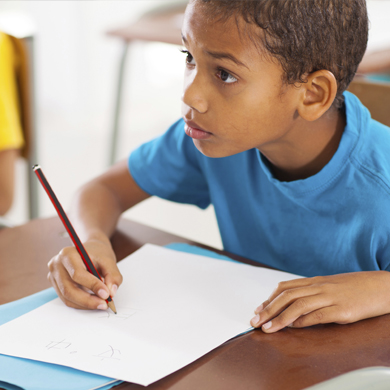 Our Children, Our Choice

Detroit-area charter school parents say the best path forward in Detroit is to let charters schools flourish. "I prefer a charter. I have a choice, and I want the best education for my son," Lisa Cobb said. Lisa sends her son to Winans Academy in Detroit. In these video vignettes, you can hear parents’ individual stories. Detroit parents describe how they came to pick the charter school for their child, and why. Parents also talk about how they feel about attempts to limit choice in their city. “I don’t want to be told where I can send my child,” Danielle Henderson said. Danielle grew up attending Detroit Public Schools, and now sends her son to Eaton Academy. "I didn't want my son to grow up in a system I grew up in," she said. Keep reading 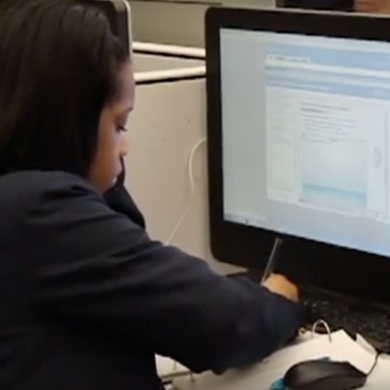 This video profiles Madison-Carver Academy and Cornerstone Health High School, two public charter schools in the city of Detroit. Both schools make use of blended learning, which allows each student to move at his or her individual pace through coursework. "[The] blended learning model is simply using technology to be able to diagnose learning disabilities, to be able to identify weaknesses and strengths, and develop digital content around that in order to help students be successful," said Madison-Carver Academy Principal Pamela Farris. Keep reading 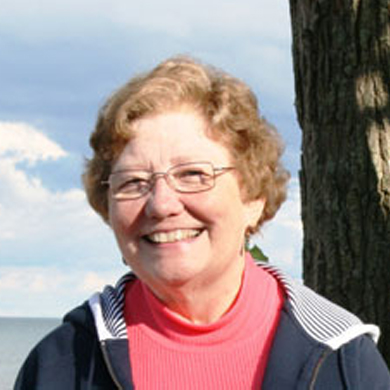 Jackson Learning Lab: The Hope of Success for All Learners

Give up on underachieving students. That was the harsh advice Dr. Roxana Hopkins heard at a school administrator conference 18 months ago. If a student entering middle school was already behind grade level, teachers should explain to the student's parents that their child likely would not receive a high school diploma, due to Michigan's new, more rigorous high school graduation requirements. Keep reading 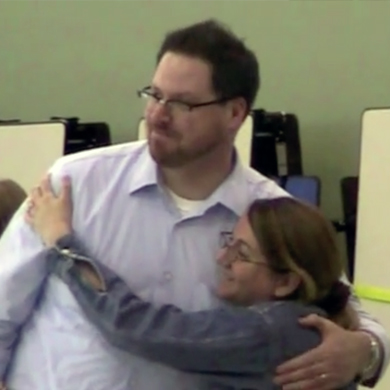 The metal bleachers in the middle of the school gymnasium fill slowly with expectant parents and playful youngsters. All of the adults are here on this warm spring afternoon for the same reason: to find out if their children will gain admission to South Arbor Academy, a Washtenaw County public charter school that has become so popular that it conducts a public lottery each spring to divvy up any openings in its K-8 program. Keep reading 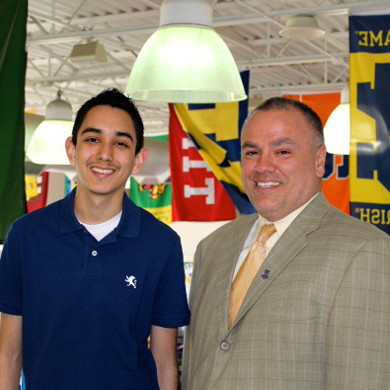 Last April, Michigan Capitol Confidential published “From Detroit to the Ivy League: One Student’s Journey,” about Cesar Chavez Academy student Daniel Felix, who comes from a poor community but achieved high academic scores and letters of acceptance from many of the top universities in the country. The best research shows that students in charter public schools in Michigan gain an academic advantage over their conventional school counterparts. According to a study from the Center for Research on Education Outcomes (CREDO), charter students in Detroit gain three months of additional learning compared to students of similar backgrounds in Detroit Public Schools. Keep reading 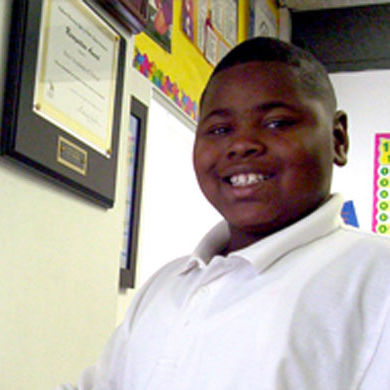 Dove Academy: The End Goal Is a College Degree

It's a busy morning at Dove Academy in Detroit when third-grader David Harper walks into the central office, half-sheet of paper in hand. Assistant Principal Stacey Doctor stops him. "I want you to tell this person what you've done," she says. A visiting reporter winces, anticipating a confession of poor behavior and the likely consequences. Keep reading 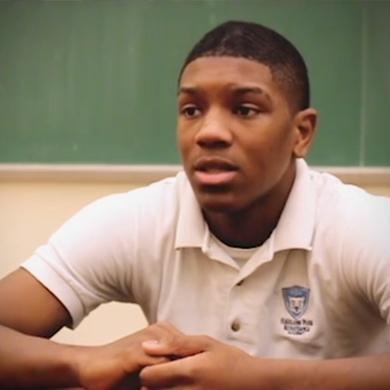 This brief examines the series of events that led to the Highland Park school district being converted to a system of charter public schools in 2012. Used as a strategy to help the district eliminate its large fiscal debt while still providing resident students with a local public school option, Highland Park's charter conversion is one of the first of its kind in the state and even the nation. During the first year of charter school operation, students demonstrated significant learning gains, with some grades posting academic growth far above the average Michigan student. Keep reading 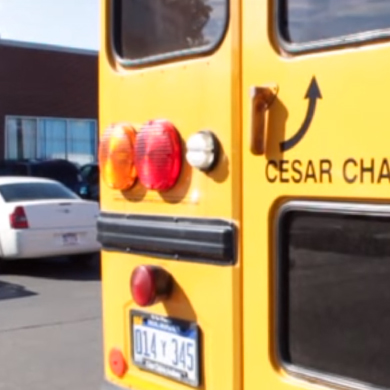 Cesar Chavez High School, a charter school in Detroit, Mich., ranked number two in the Mackinac Center CAP report card for high schools in 2014. Teachers and administrators say their success is based off of faith in the students and flexibility with the teachers. Keep reading